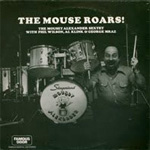 This was my very first real pro jazz session for Famous Door Records. I was a “kid” and had just arrived in NYC and was playing at a jazz club “Eddie Condon’s” on 52nd st. with John Bunch and Mousey Alexander when Record Producer Harry Lim who had quite a stellar history from Mercury Records and recorded many legends started his own label Famous Door Records and walked in the club. He came up to me and said and he really liked my playing and needed a trumpet player for a session and asked would i like to do it and i said “sure”.  So he tells me where and when and I show up at the studio and the band is all jazz stars. No real rehearsal mostly first takes and this was real New York energy in those day’s “hit it” and sink or swim ! I have travelled the world and many musicians have said to me i can tell from the way you play you are from NY and it’s true that agressive NY style of jazz playing is like no other city in the world and like Frank Sintra says in his big hit “if you can make it there you can make it anywhere” and that is absolutely true ! Those were great days and i ended up doing many albums for Famous Door. Famous Door was bought by Progessive Jazz Records when Harry Lim passed and i did many albums of my own and others which  are released on CD see link.

1 thought on “The Mouse Roars!”